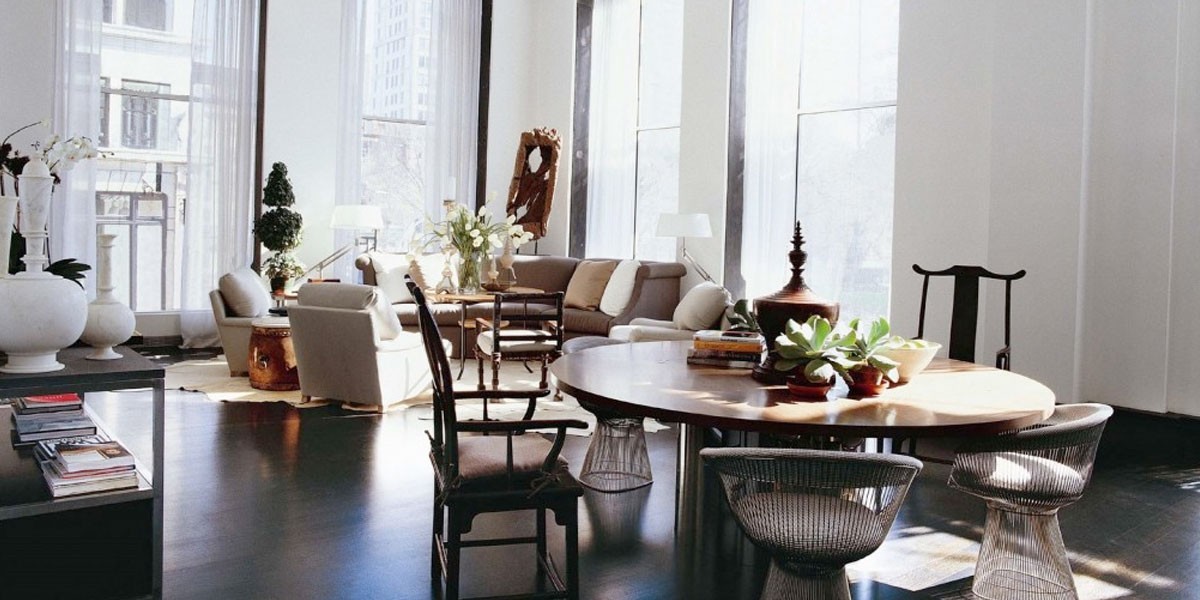 Not everybody can have designer Vicente Wolf in to personally help them pick their color palette, but he influences millions of American consumers through frequent media interviews and a prominent role in PPG Paints’ “Voice of Color” program.

“First find out what emotion you want your space to play into – airy, earthbound, dramatic – then proceed to choose your color from there,” Vicente says in the March issue of Better Homes and Gardens.

Vicente has long been known for serenity and simplicity – “an undisputed minimalist master,” as Architectural Digest described him in a 2012 story about a lower Manhattan project. So it’s perhaps not a big surprise that he talks a lot about the virtues of gray.

“Gray is the new white,” Vicente tells the 2.1 million readers of Details magazine. Asked about how to create a luxurious bedroom, he says the color has an unusual ability to “create the mood of the room.”

Gray with white is “a sharp combo,” Vicente tells the 39 million readers of Better Homes and Gardens, reflecting “the influence of men’s suiting in the interior field.” The hue “can take on a variety of personalities. Bring it down to earth with textures, or, for a more dramatic look, use shinier fabrics and finishes.”

PPG Paints, part of a $13.4 billion company, markets Vicente’s color selections in its Voice of Color program. His “Color Diaries” present paint colors inspired and informed by his travels around the world.