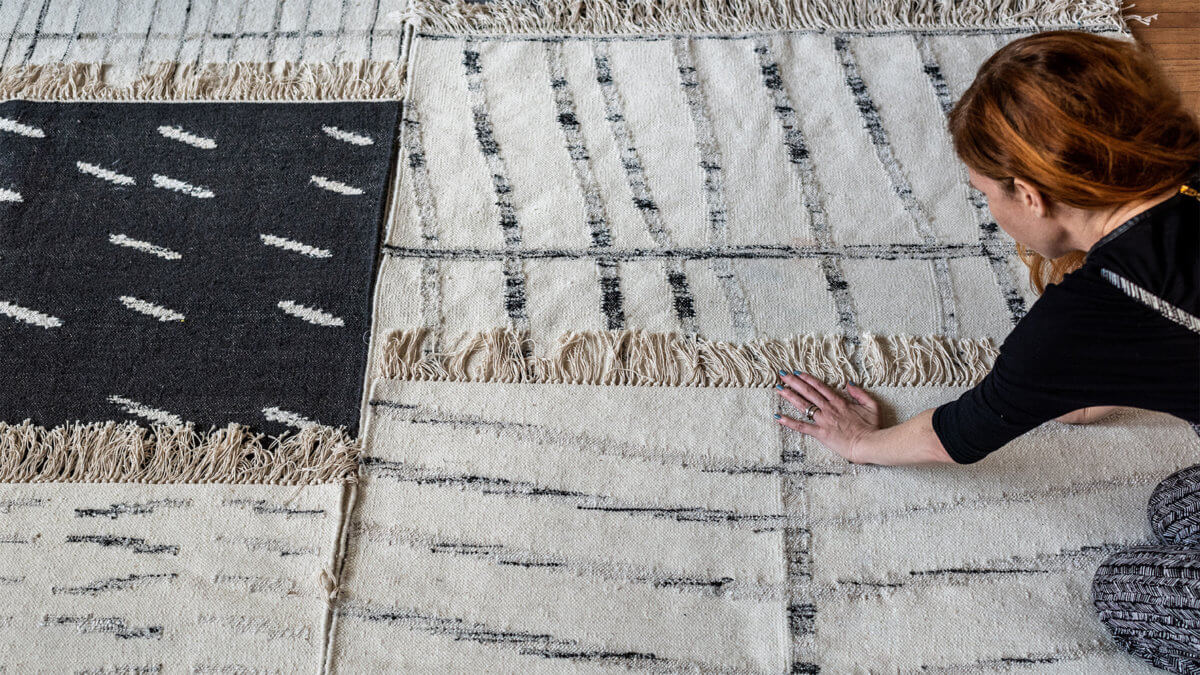 DCA is now representing Jill Malek, an award-winning designer of wallcoverings and textiles based in New York City.

Jill Malek’s range of wallcoverings, fabric designs, and rugs are inspired by frequencies found in nature and urban landscapes. After living across the street from a pigeon fancier in Brooklyn over a decade ago, Jill became obsessed with how the birds’ movements would create beautiful expressions in the sky. These types of movements became a blueprint for every piece she would later create.  Jill provides exclusive, custom design packages for interior designers, architects, manufacturers, and retailers —and brings the poetic story of the “birds in flux” to every project she engages.

Jill Malek opened her studio after art directing for the Westin brand at Starwood Hotels and Resorts in 2008. Since then, her work has appeared in many high-profile global interiors, including 50 floors of the east and west corridors at the Cosmopolitan of Las Vegas, (in addition to the upscale RED PLATE Restaurant), the Google and YouTube flagship offices in Los Angeles, the Ritz Carlton Boston’s restaurant, lounge, ballroom, bathrooms and guest suites, Holt Renfrew Toronto, Victoria Secret dressing rooms worldwide, Bergdorf Goodman, Saks Fifth Avenue (New York and Hawaii), Westin ballrooms worldwide, Bliss Spas, Bloomingdales, The Avalon Brooklyn, Harvey Nichols Dubai, The Blue Apron flagship office in Austin, the Yellow Magnolia Café within The Brooklyn Botanic Garden, and the Ducduc showroom within the New York Design Center.

DCA is so pleased to have the opportunity to work directly with Jill to assist in making available for licensing the results of her lifelong work and passion in wallcoverings and textiles.  A few beautiful pattern designs from Jill’s studio are shown below: