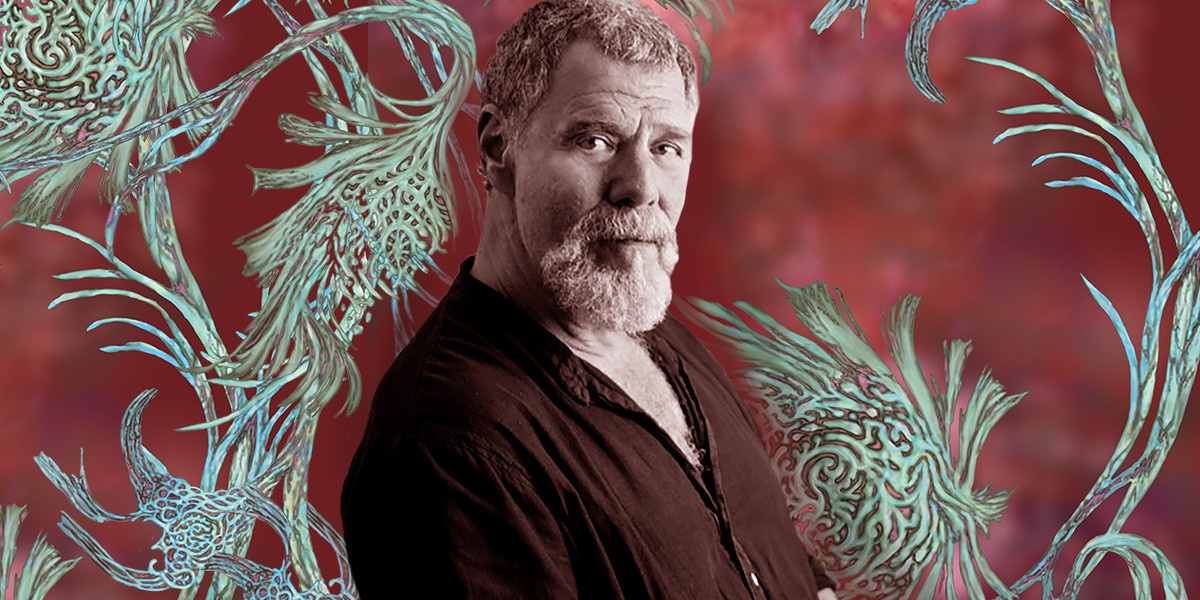 During Leon Rosenblatt’s long career in the visual arts, he has crossed paths with some of the 20th century’s most influential artists. As an artist, illustrator, designer and journalist, Leon Rosenblatt has documented and worked on projects with personalities like Andy Warhol, Robert Rauschenberg, Cristo and Dennis Hopper, just to name a few.

After working in New York as an illustrator for national magazines, record labels and publishers, he moved to Miami in 1976. There, while working as art director for The Miami Herald Sunday magazine supplement, he created a new lithography process using commercial printing presses, and enlisted Robert Rauschenberg to create a cover wrap for the magazine. While still at the Herald in 1982, he did a rare interview with Andy Warhol and painted the portrait that accompanied the published interview.

He now lives in Portland, Oregon, where he continues to explore and expand his artistic vocabulary and techniques. He first exhibited Streamerart, a series of forty connected graphite drawings, in 2010. The images can be reproduced onto a variety of surfaces, ranging from apparel to large format murals. Design Commerce Agency is pleased to represent Leon in his relationship with Astek.